Opened a fancy diamond cutting and faceting factory with the team of only 7 skilled workers.

"Best Designer Jewelry Manufacturers" Of The Year 2002 Award, by "MAH-DJC".

"Best Designer Jewelry Manufacturers" Of The Year 2003 Award, by "MAH-DJC".

"Fastest Jewelry Manufacturers" Of The Year 2003 Award, by "FJC".

States fastest developing small and medium enterprise" Of The Year 2004 Award, by "MJC"

Installed the inhouse servers with the support of IBM - Back Office Planners, and developed a licenced intertech servers.

Registered with all the available online trading website and started with wholesale busienss for world wide market.

Signed a 3 years contract for a silver jewelry brand and developed 52 different styles to launch the brand for Swedish market.

A video shooting of all the 7 factories and gave a interview for the upgrations for innovations been development company and the video which was directed by Mr Adi Pocha who is a well-known and respected corporate documentary, advertising film and television director, and developed documentaries for blue chip clients such as Hindustan Unilever, Mercedes Benz, Mastek,Tata, Godrej and others.

Participated in support to the Alibaba.com 2009 “Cow Crossing The River” Marathon as a volunteer, and brought Alibaba.com the additional luster to the celebration of relocation.

Reached a target of "786" Working Force,spreaded over 7 manufacturing units.

Signed a contract with World Export Council, as a core manufatcuring company as well as added to the US export division.

Attended a conferrence Alibaba.com CEO Mr. David Wei, & Mr. Brian Wong, discussed the past, present and future plans of usage of the website

Grand opening of a the complete state-of-the-art jewelry production Unit#8, spreaded within 6000sqft.

DVNGROUP manufacturers jewelries and accessories in several metals and materials, like Platinum ,Platinum is a chemical element with View More... 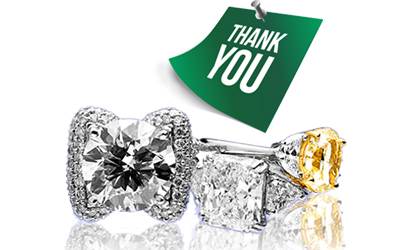 Enter your email and we'll send you a coupon with 10% off your next order.